We visited onsen, a Japanese thermal bathing spa at a local hotel.  It cost £4 to go in and there was very strict etiquette on how to behave.  It was important to wash thoroughly, including hair, before entering the onsen – and you had to be naked, although it was acceptable to carry a small modesty towel with you.  Men could cover their crown jewels with the hand towel but it was a dilemma for me – what to hide?  Boobies, tummy or bottom?  That tiny towel would not cover all three embarrassing areas – so I gave up totally with the towel and exposed that sad old Caucasian body in the buff to Japanese womankind.  There was a sauna as well as three baths filled with hot mineral water less than a metre deep, one of these baths was outside with a view of the mountain, the sunset reflecting onto its slopes.  There was a cold water bath too which was great for bring your temperature down in between the hot baths. 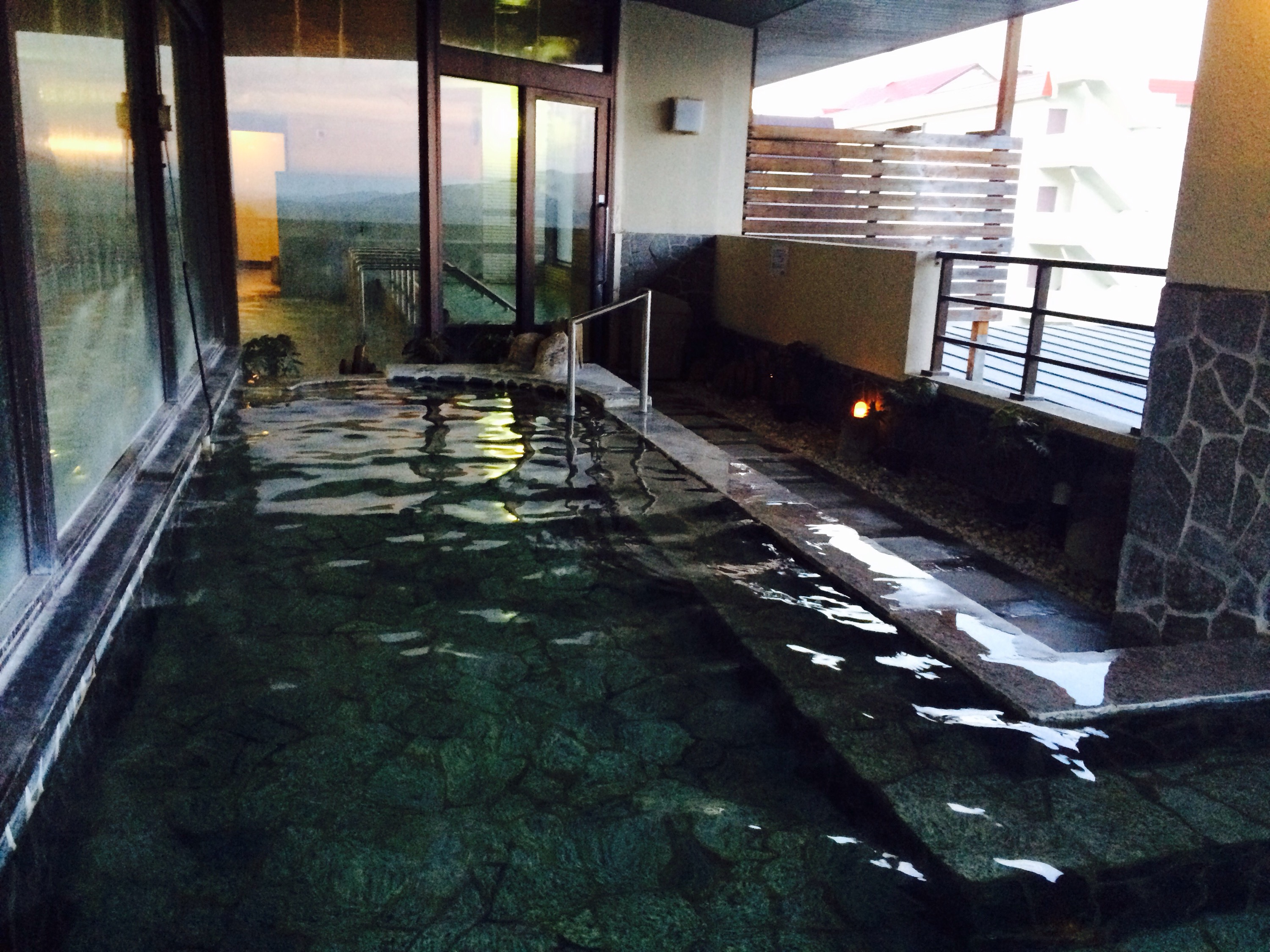 After taking onsen we felt invigorated but relaxed, clean but without being stripped of every oil in your body and the feeling of total wellbeing lasted for several hours after the bath.   We were hungry after our bath and drove into the next town to a ramen noodle restaurant, packed with locals.   A bowl of broth and noodles with vegetables and seaweed cost about £4 – more than we could eat.

I repeated the onsen visit as often as circumstances would allow, slipping in a 50 minute massage on one occasion.