One afternoon we were a little disorientated when we got off a bus close to our hotel and we’re spending a few minutes deciding which way to head back.  A smartly dressed elderly gentleman in a hat and tweed jacket offered his help but indicating he didn’t speak any English.  We told him the name of our hotel, it was just a hundred yards behind us, and he walked with us, escorted us carefully over the pedestrian crossing and waved us goodbye at the door of the hotel.

Sapporo had lots of parks dotted around the city.  This one was quite small, just a garden in front of a museum but it was so tranquil, in spite of being surrounded but skyscrapers. 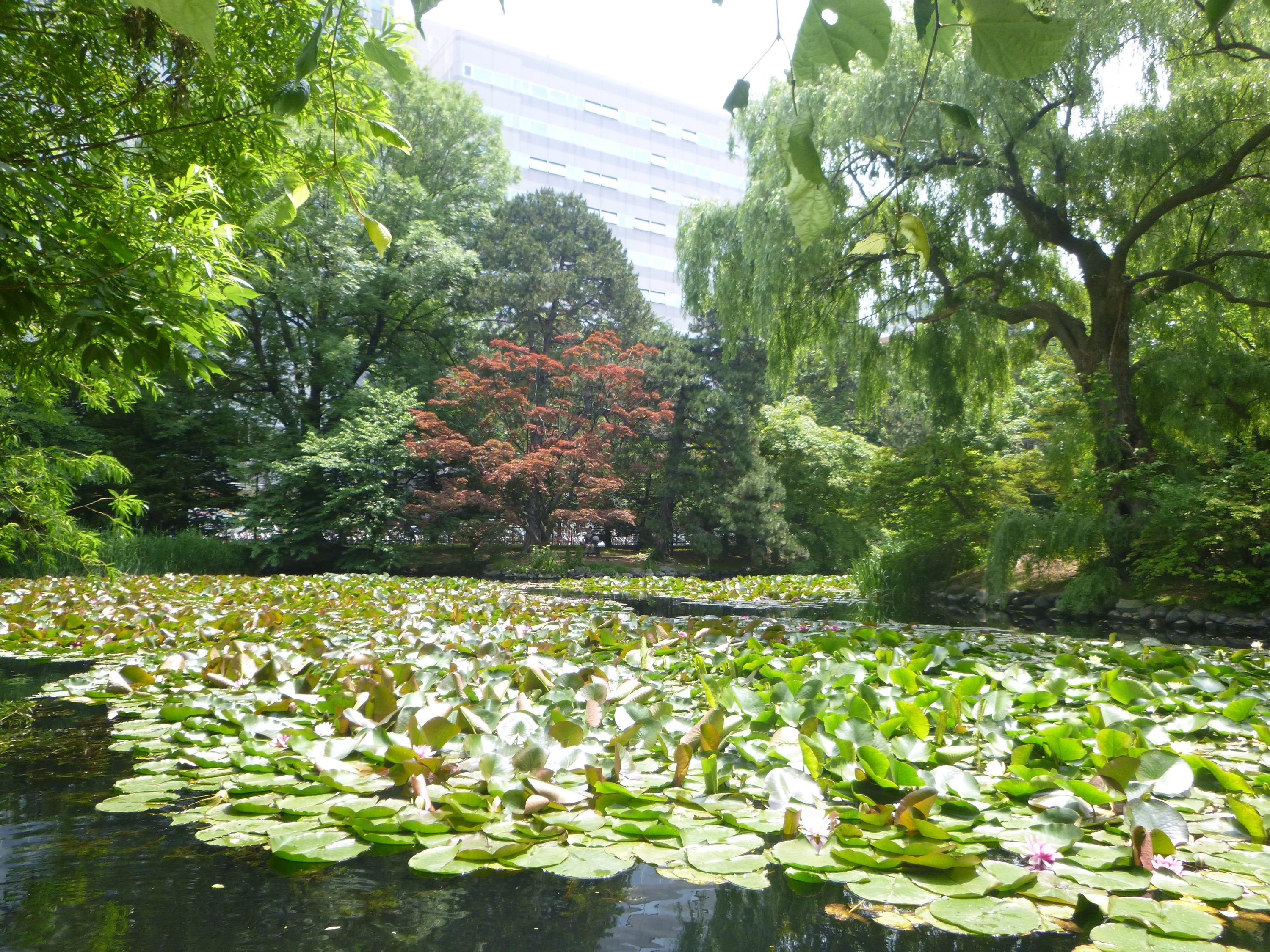 This tiny azalea water garden was outside our restaurant window on the fourth floor and, again, surrounded by high buildings.  There was a lone duck swimming around, I wondered how it got there .

We visited the ski jump used in the Winter Olympics, travelling to the top in a cable car and giving us a wonderful view of the city and surrounding hills. 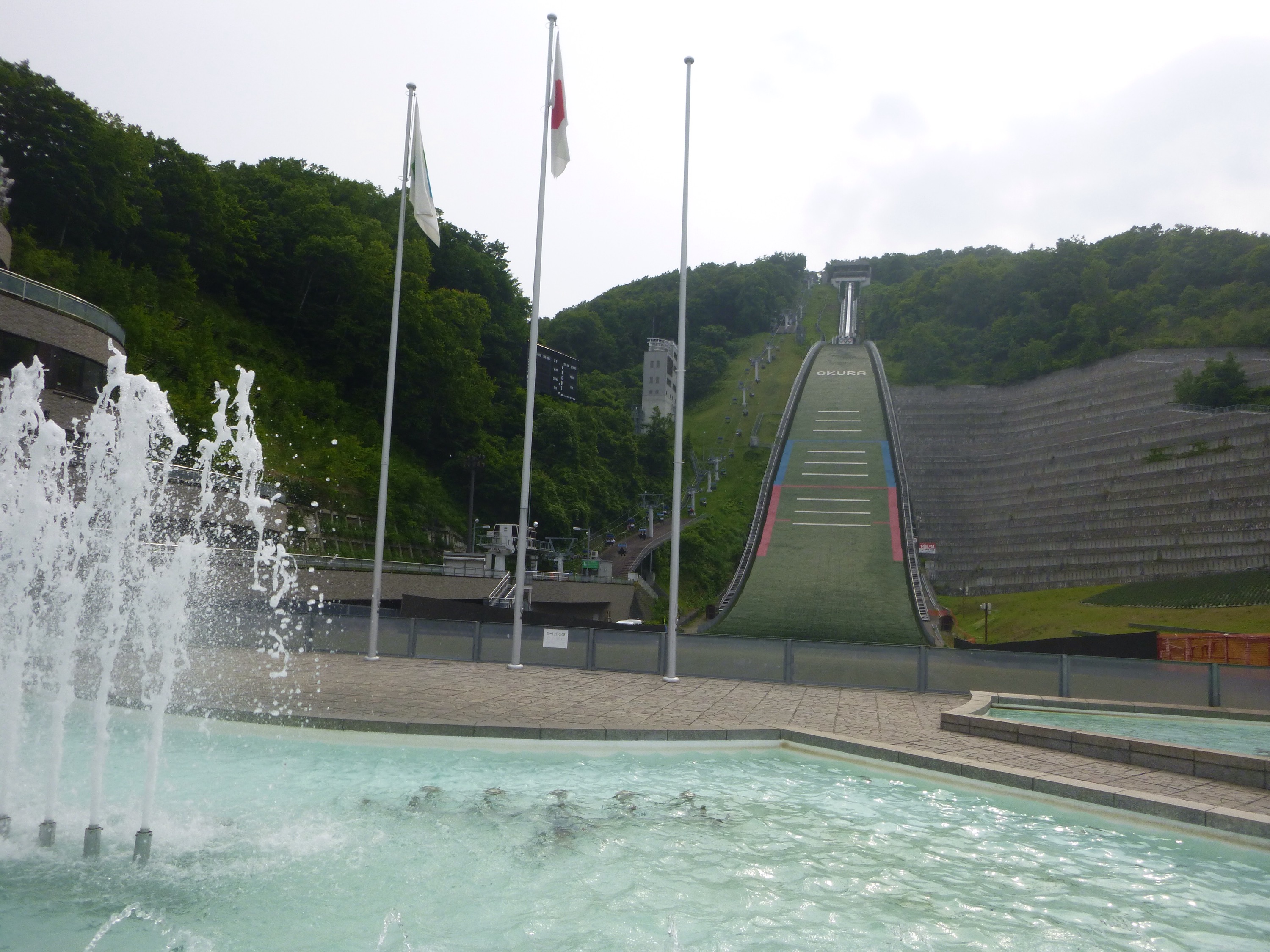 We were taken to admire a statue of a local hero, Dr William Smith Clark, who in 1877 became head of the new agricultural college that later became Hokkaido university.  He was an American educator who brought Christianity to his students.  His motto was “Boys Be Ambitious – not for fame or personal fortune but for knowledge and righteousness.  Be ambitious for the attainment of all that man can be”.   Obviously the Japanese thought very highly of him as coach loads of visitors posed by the statue, imitating his stance for the camera.  We bought “Boys Be Ambitious” tee shirts to give to our grandsons!  Sorry! 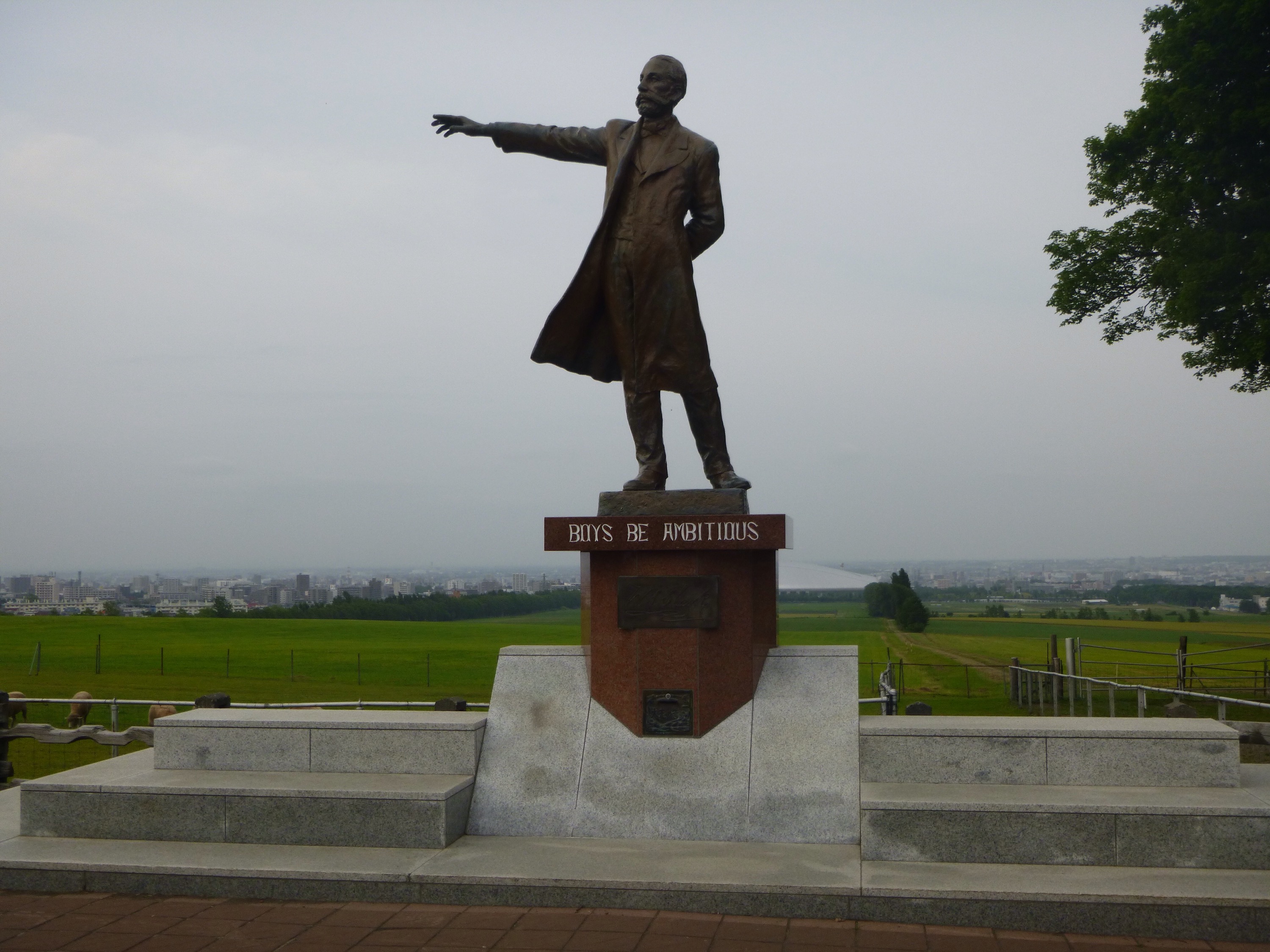