We enjoyed our day  revisiting the sights of the ancient city of Fez, second largest city in Morocco.  We were collected at 10 am in a Mercedes 8 seater and “brother” Abdul drove us efficiently around, showing us the oldest university in the world, founded nearly 1200 years ago.  We saw the King’s palace and walked through the vast medina.  We visited the tannery, a mosaic pottery, hand made carpet makers and an argon oil shop.  They were all on the tourist trail and we were offered endless opportunities to buy but much less pressure than we had experienced in the past.  We had also time for an excellent lunch (3 courses for £16 each).  Abdul delivered us back to the campsite at 3.30 pm – cost for the car was £35 plus “something” for Abdul’s services and he was visibly delighted with £60 we gave him.

The following morning we continued our drive south and on into the High Atlas Mountains.  We stopped for lunch at Ifrane, which was a ski resort in winter and where all the houses had pitched roofs.  Then we travelled on to our campsite near the Berber trading town of Azrou.   Cedar forests surrounded the town and the Barbar Apes that lived in the forest were a major tourist attraction.  We were in a fruit growing area and it was the cherry picking season.  We bought tray of cherries for £4.  They were delicious.

We continued our journey south and then on into the High Atlas Mountains.  The roads were narrow but the scenery was constantly changing.  There had been thunderstorms in the area the previous days and, although the earth appeared dry there were a few water filled potholes along the way. 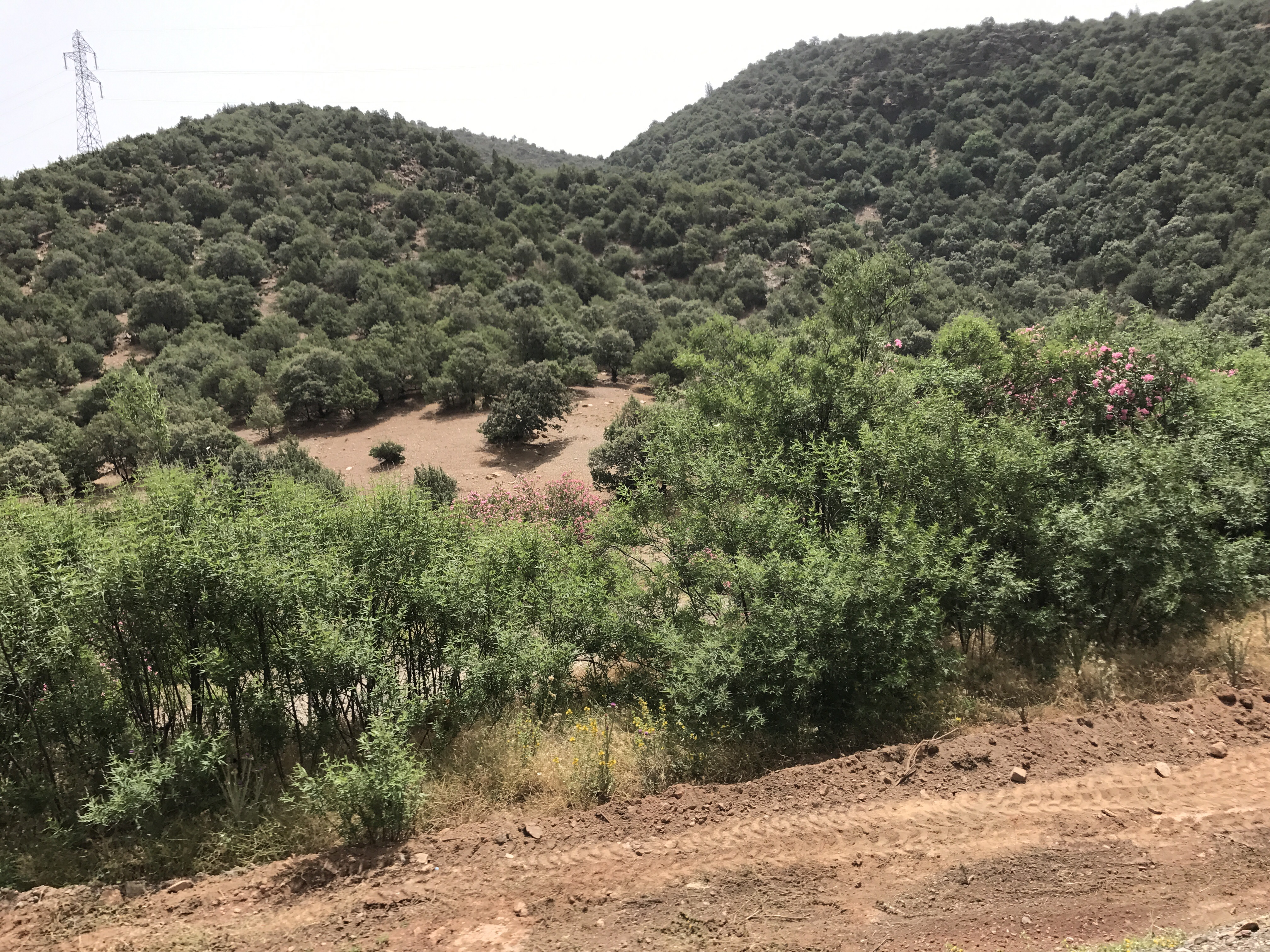 The traffic on the road was extremely sparse, mostly commercial vehicles.