﻿It was about mid afternoon when we spotted a traffic hold up ahead.  We got out to see what was going on and saw that the road surface had been washed away by storm water and the river was flowing strongly across the road, making it impossible for our vehicle to pass safely.

We had already travelled down that road for more than two hours and really did not want to retrace our steps, so we decided to turn around and find a place on the roadside to spend the night, hoping someone would clear the debris blocking the road by the morning.

We found a spot where the verge was wide enough to be able to pull off the road.  There was a house high up on the opposite side of the road and very soon a couple came down to greet us.  After warm handshakes and a series of gestures they agreed for us to spend the night where we had parked.  The woman’s name was Rabna and later she brought down a tray of food – bread, olive oil and nuts with a pot of something sweet and milky, which was quite pleasant, which was just as well as she waited with us whilst we ate and drank.

Rabna had three grown up daughters, a horse, a cow, two donkeys and a dozen or so sheep – and a husband!  Very early the next morning there was a tap on our door and there was Rabna with our breakfast tray – sweet tea, egg fried in oil and bread.  I didn’t give her a chance to stay whilst we ate.  We did our best and tried to consume something but it was far too early for us to eat.  Their household obviously rose at daylight, I noticed she already had a line of washing hanging out to dry.

We gave the family some bags of clothes that we had brought from the UK, they seemed very pleased.  I assumed what they didn’t use themselves they would sell.  The husband greeted us when we arrived and was there to wave us goodbye, otherwise we saw nothing of him at all.  After our (non) breakfast set off in our original direction, towards Imichil.  The road blockage had dried out and a path had been hurriedly cleared through the debris so we were able to pass – very carefully and slowly.  For the next two hours we came across more damaged areas of road, we only got stuck once but Tony’s (non HGV) driving skills soon had us on our way. 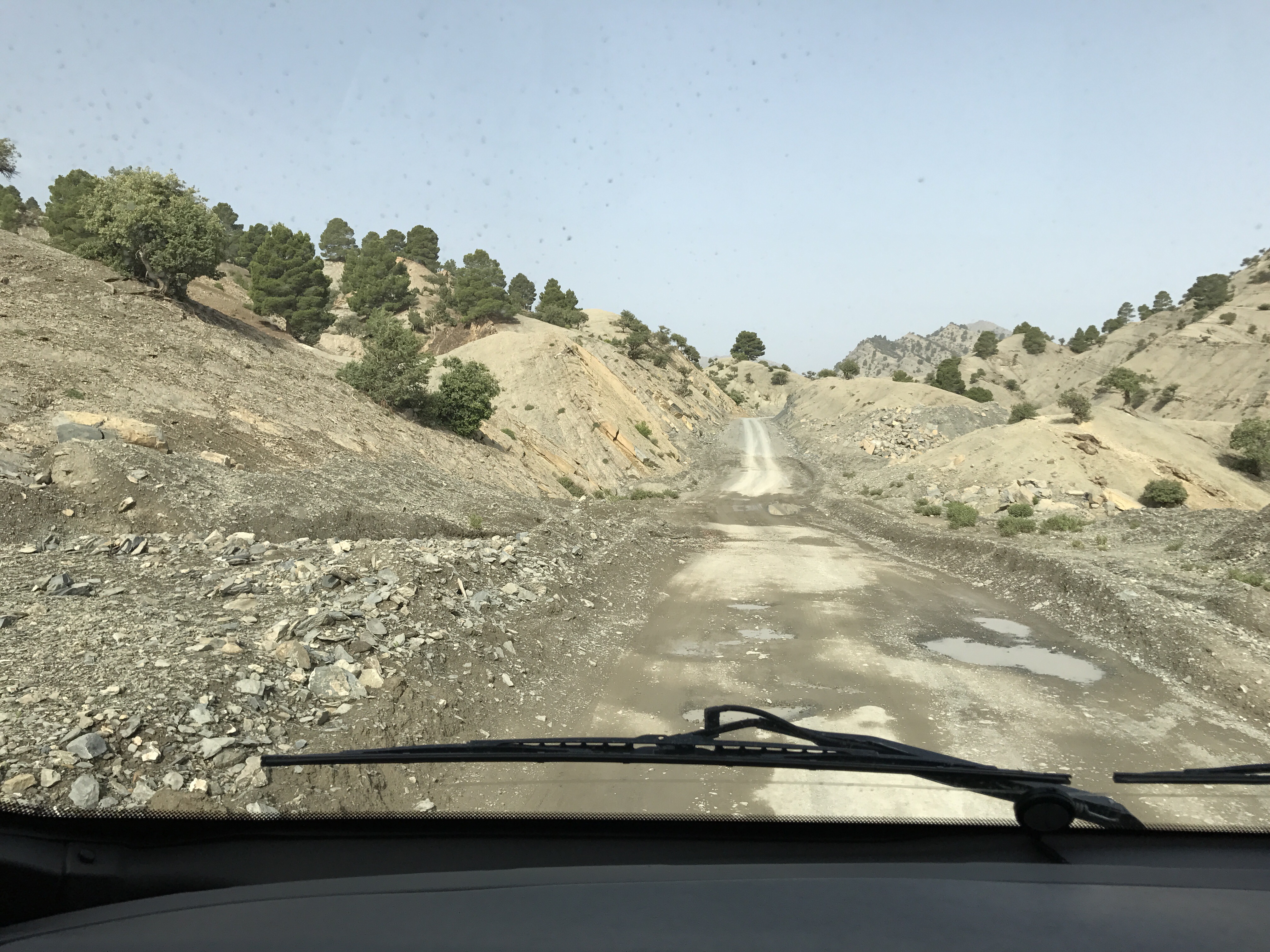 We felt like Lord and Lady Bountiful as we distributed sacks of clothes to groups of women in the villages we passed.  One group were giggling excitedly at the sight of a fluffy zebra print onesie, complete with hood and ears!  At this point our altitude was over 7,000 ft and it was summer.  The weather was warm, about 25° but it got much cooler at night.  You can imagine what it was like in winter with no central heating or double glazing.  They all seemed to have round television aerials and mobile phones though. 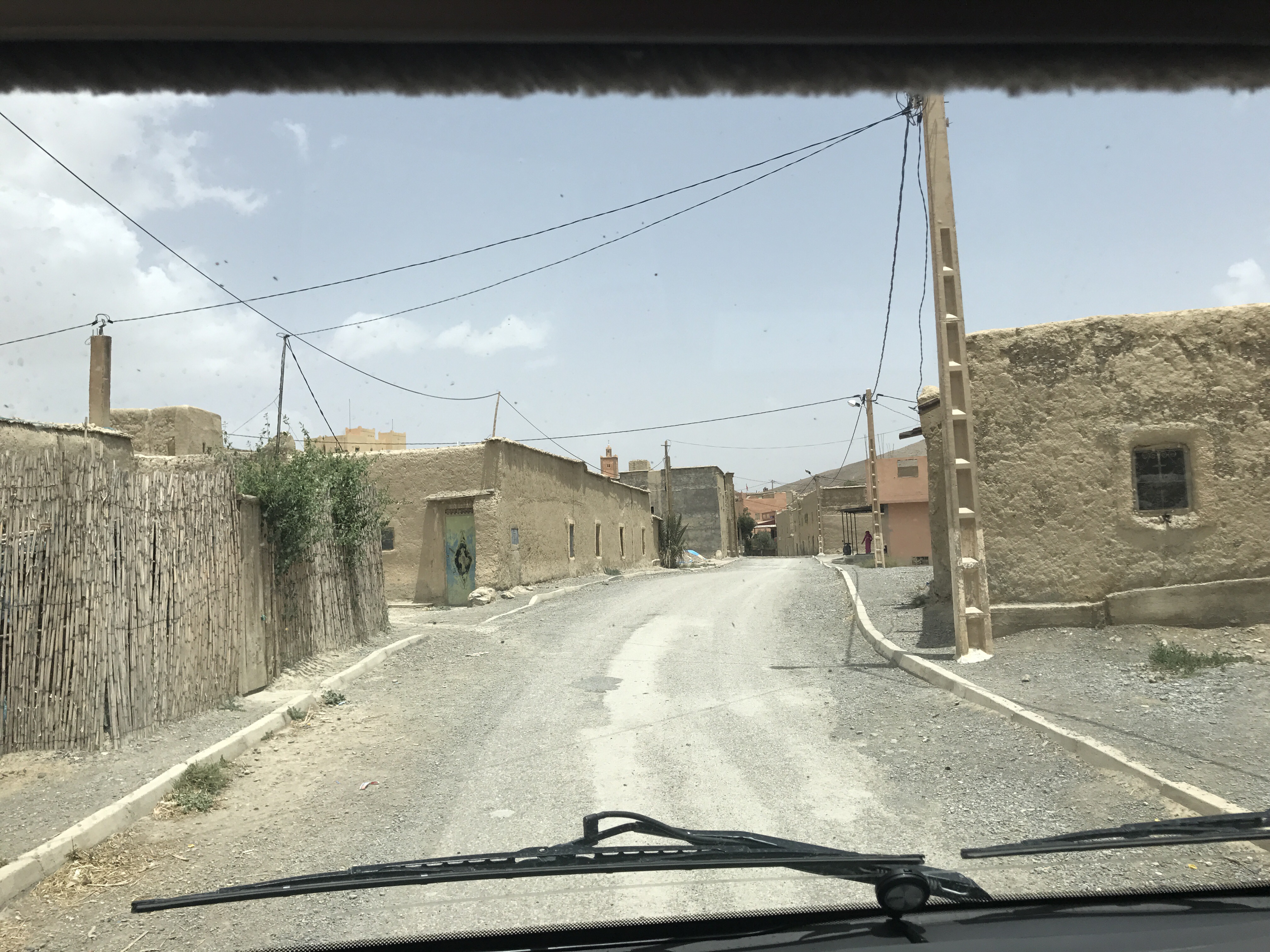