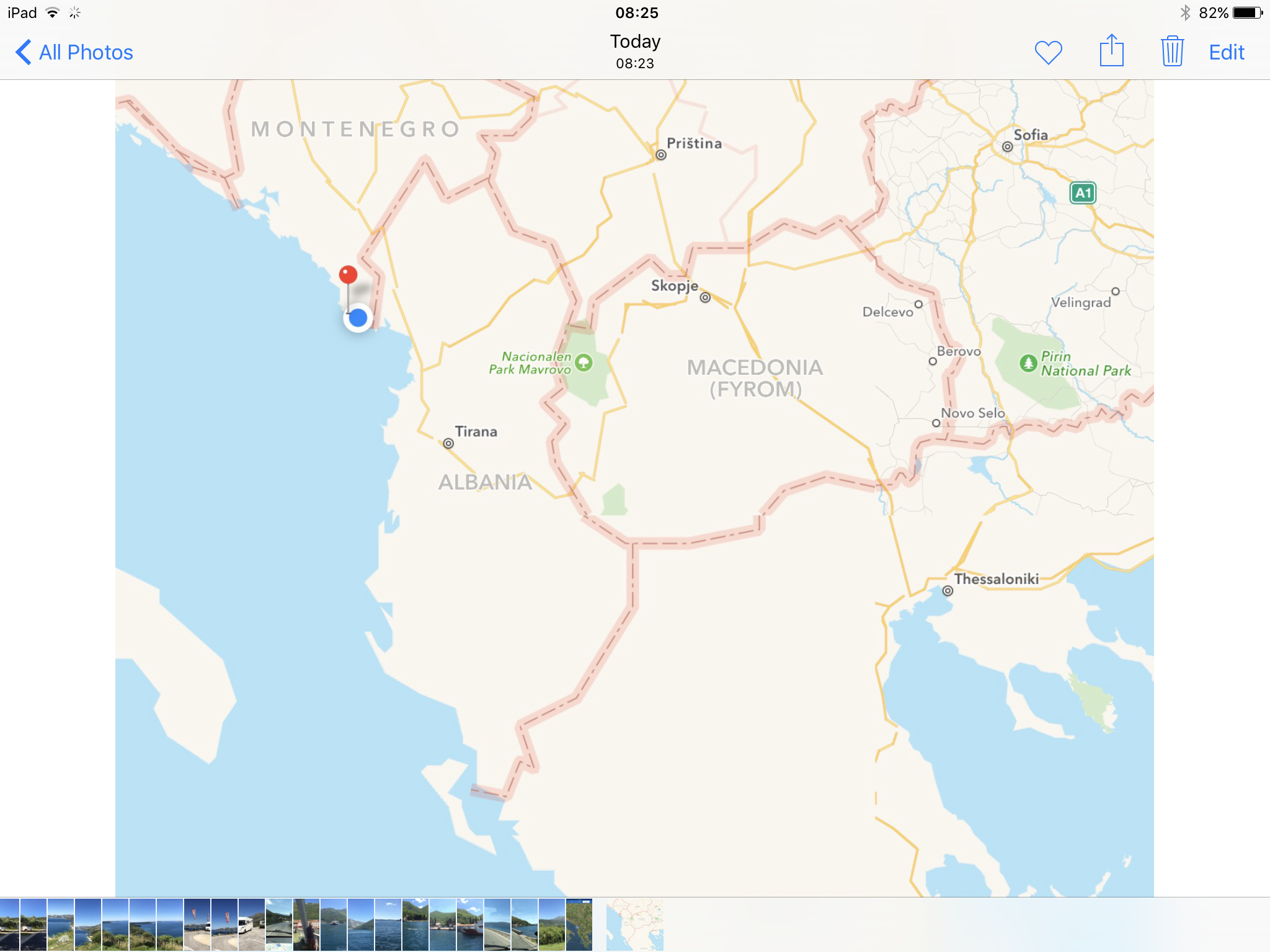 Montenegro, meaning “Black Mountain” lay between Croatia, Serbia, Kosovo and Albania.  The republic had a long Adriatic coastline and high mountain ranges.  Half the country was covered in thick forest.  The Tara river canyon was the deepest and longest in Europe.  We were now outside the EU but everything was priced in euros and most people seemed to speak English.  We had to pay €18 for third party motor insurance before they would allow us into the country.

The drive from Dubrovnik to Ulcinj, Montenegro was only  a hundred miles but it took a long time on a busy, single carriageway road.  Our route followed the coast line and the scenery was spectacular with its rocky shore line and small bays with sandy beaches.  The sun was shining and the sea projected a wonderful aquamarine colour.  At one point a ferry took us across a narrow causeway between two peninsulas.  The ferry cost €9 and saved us many extra hours of driving. 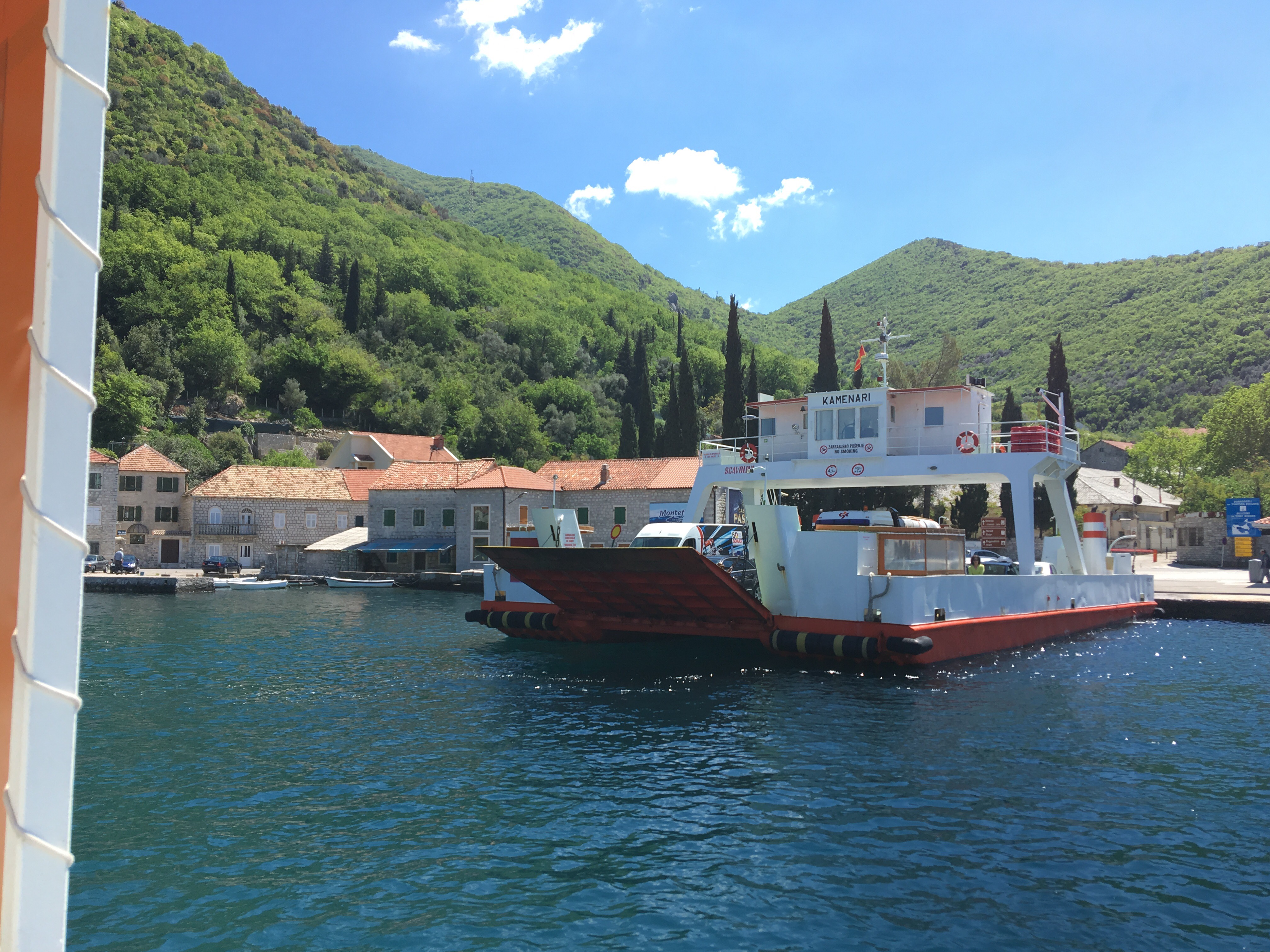 Tourism was a major industry in Montenegro and along the coast we saw some seriously plush hotels, as well as rooms and apartments for rent.  There was a lot of new building going on and plenty of FOR SALE signs written in English.  The further south we drove, the less developed it became.

Our camp site was outside the town of Ulcinj at the top of a long beach, surrounded by pine trees.  There was a a big circular wooden building on the site that served as a restaurant, open all day.  We paid €45 for a Greek salad, grilled fish, meat and lovely grilled vegetables with a litre bottle of local red wine.  The weather was sunny but with a chilly wind; we could imagine the site in the heat of the summer crammed with visitors.  Right now there were eight or so other vans on site, all German.  The vast majority of travellers we came across were German; we met hardly any English – if you ignore a totally barmy couple we met in Asti from the Isle of Man! 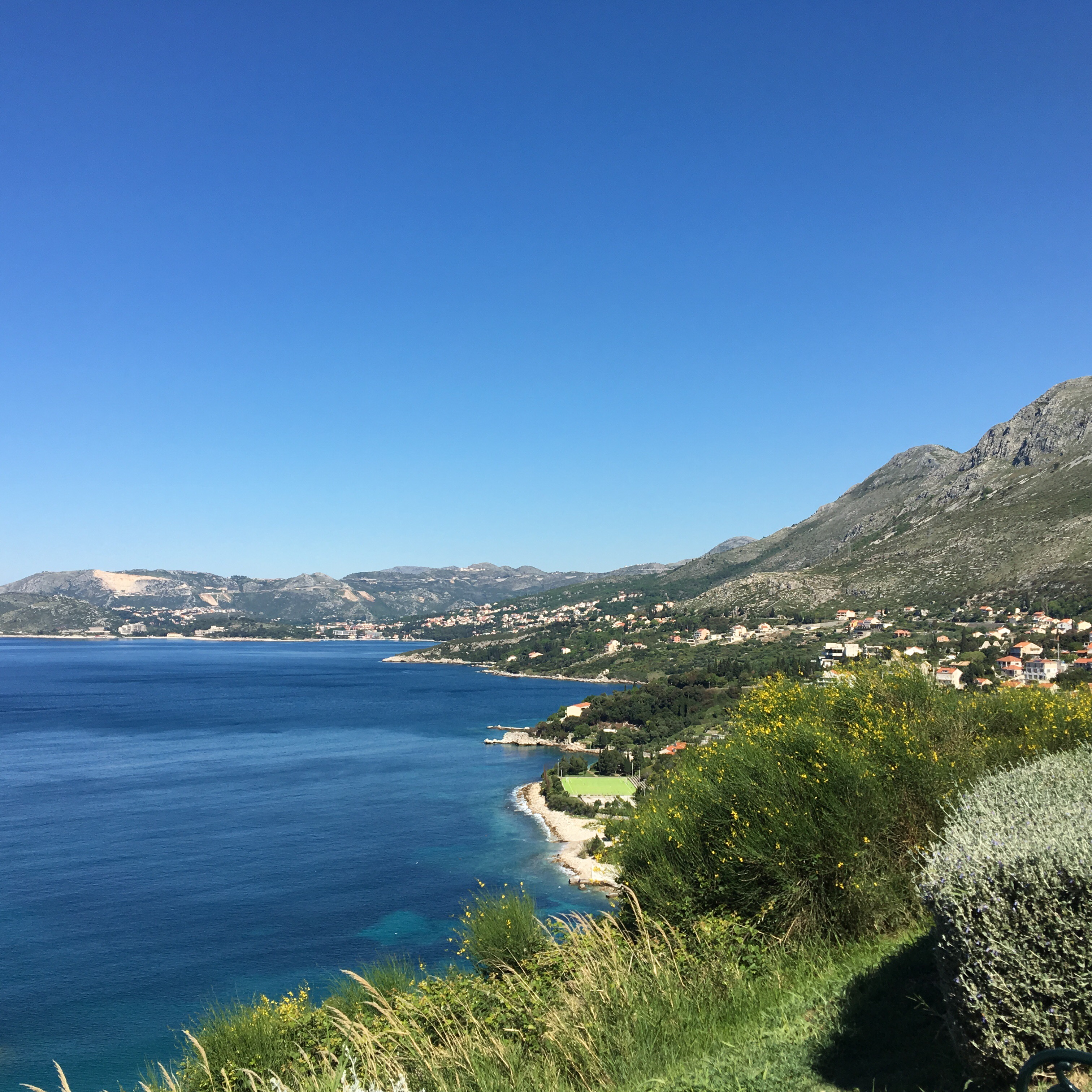